In my view, videos made of people playing whistles are basically worthless for judging the qualities of a tin whistle.

What do they signify? They are more an indication of the microphone being used, the acoustics of the place where the recording was made, the skill of the player and the loudness and treatment of the recording.

Not treating the recording (eg. compression, equalisation) is a treatment in itself. You are only hearing what a microphone recorded through whatever loudspeakers/headphones/earphones you are using. One set of earphones I sadly own makes everything sound with a huge thumping bass end.

If you really want to know what a whistle sounds like and how it feels to play, then the only way is to hear it played in front of you, and to play it yourself.

There seems to be in some people (often beginners) a constant second guessing of the whistle they have bought. Is it a good whistle? Is it a “professional” whistle, is that other whistle the one, the one they should be playing and will answer their prayers and even make them be able to play?

It’s not surprising. Most of us live in febrile consumerist societies. Advertising tells us that this or that product is what we truly need for success and happiness. The most trivial things are raised to the heights of importance, commodities take on meanings that have nothing to do with their actual physical qualities.

There are things that can be said in tin whistle reviews. The volume of an instrument compared to a known standard. The key and something about the intonation (tuning) of the whistle if it is a skilled player making the review.

A skilled and experienced player may be able to say something about how hard you have to blow for the second octave. Also, there is something to be said about how “wind-proof” a whistle is compared to others. That is, how it performs outside when there is a breeze.

The fact that the whistle can be played at all may be something too … but in many ways that really depends upon the player.

Other than that, there’s not much to say, and I would reiterate my opinion that recordings are basically worthless in making a real judgement.

What to do? The problem of not being able to try some more exotic whistle than a Generation before purchasing it does not make a video of it being played any more accurate. That’s just grasping at straws.

Sadly the only way is to try a whistle before you purchase it, or simply make a “stab in the dark” and hope there is a good returns policy, or a good used market.

For beginners, I’ll re-iterate my comments elsewhere. Don’t think that a more expensive tin whistle will easier to learn on, often they are harder. Whistles are simple instruments and the expense to quality/play-ability equation does not exist in the way it does for many instruments.

Start on a cheap whistle such as a Generation and then come to your own opinions on what you would like to play once you have the skill and experience to form a proper opinion. 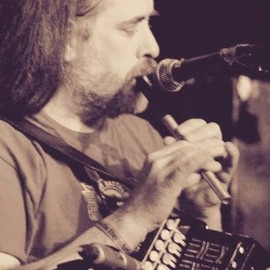 Next
How to place a tin whistle in the mouth and blow it
Previous
Why the melodeon?